When is it going to be, can we have another one, is it soon? No, it is not someone asking about their holiday, it is someone in the care homes asking about our annual service when they come to us in church instead of us going to them.

This year’s theme was “The Seaside”. I scavenged some pebbles, shells and other bits and pieces from the beach and Linda brought in some large exotic seashells and arranged them around the portable altar which we brought to the front of the chancel. We followed our usual pattern of Home Communion, including having the bread and wine from the morning service. We have four hymns, always including All things bright and beautiful, which everyone knows and loves. After a reading from Genesis about the creation of the sea, the shells and pebbles were taken around to each of the residents to touch, feel and smell. This evoked many happy memories of earlier times, when they were children or when they took their children, and for some when they were taken by their home and carers.

Then for the best bit. Cups of tea, sandwiches and cake made by members of the congregation, and any other foods that it is thought the residents would like. A feast was consumed amid lively and
often quite loud conversation, with residents and congregation getting to know each other.

It was a lovely afternoon, enjoyed by all and eagerly anticipated for next year.

Thank you to everyone who contributed in any way to make this, such a delightful time. A memory which is often mentioned when we go to visit the residents each month.

Gallery of images from the event 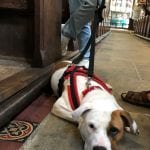 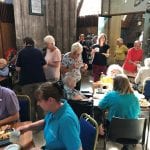 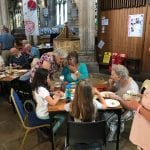 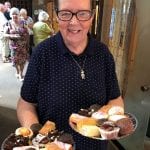 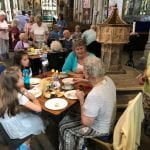 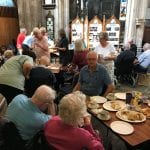 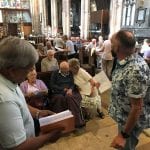 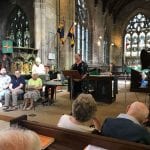 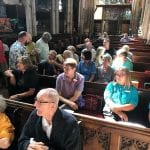 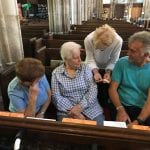 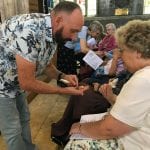 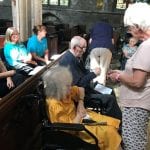 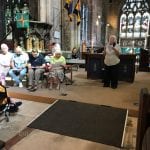 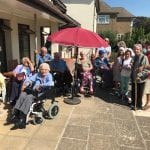 AT ALL SAINTS CHURCH